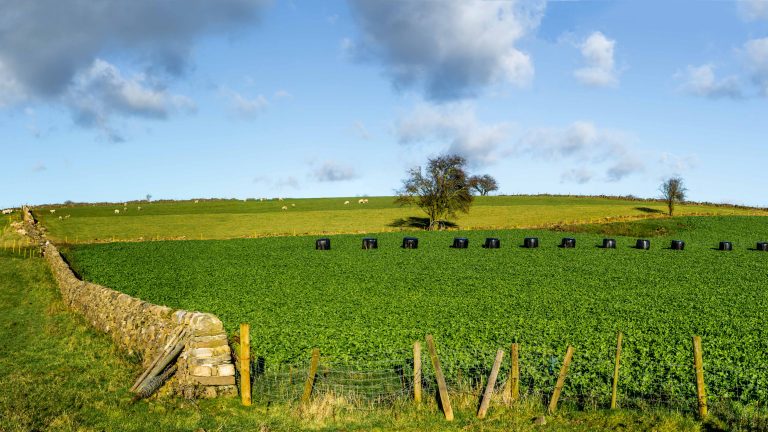 When director Roland Keates wrote the below article for Derbyshire Life Magazine, he had two different agendas, one to promote the Documentary If Walls Could Talk and the second to promote the appreciation of dry stone walls in the Derbyshire countryside.

Dry stone walls are prominent features in Derbyshire landscape.  These walls of stacked up stones constructed without mortar binding. These walls are inescapable when walking in the Dales and the Peak District and visiting the quaint villages nearby.  For centuries, these walls have stood to mark boundaries, enclose land, keep pastures and also to provide habitat and shelter for wildlife and plants. They have become an integral part of our countryside that our over-familiarity with them somehow make us take them for granted.

Building walls is an antique and olden art that has endured for thousands of years. Dry stone walls in existence can be dated as far back as over 3,500 B.C. It is believed that farmers of the Iron and Bronze Ages constructed their agricultural walls with the huge structures arranged by the ethnic chiefs and lords.

In Derbyshire alone we have standing walls that go back to the Roman times, ancient clearance walls built to mark boundaries and contain livestock. Slavers walls built by slaves who were brought over because they can build walls effectively and famine walls built by the out of work Irish Navvies. These Navvies came over in the 1800’s as laborers working for homesteads or wealthy landowners who were obsessed with cultivating the land.

At a glance, the age and type of dry stone walls are identifiable by its shape, form, and location.  Enclosure by parliament act was the norm in the mid 1700’s although the first Enclosures Act was passed in 1604 and walls built in this period are the most common. We see in the countryside that divides land in straight strips of rectangular shape which we call the walls of the enclosure as illustrated in these images taken in Monyash and Flagg.

Outside the villages, we see walls which veteran master craftsman dry stone waller Trevor Wragg calls “higgledy-piggledy shaped” and these walls are much older and are identified as run-rig derived from the Scottish system of land tenure. Good examples are found in the outskirts of Sheldon and Middleton.

Throughout the country the types of stones used and style of dry stone walling vary depending on what stones are available in the area. In Derbyshire we see this difference from village to village.  Sandstone is most common in the lower areas while limestone and gritstone are in abundance in higher areas and the Peak district.  A very good example of this variation of stones used in dry stone walling is in the village of Calver near Bakewell where on one side sandstone is used and it changes to limestone on the other side.  It is usually through the colour and sizes that we can tell what type of stones they are.

As years progressed, the sources of stones used to make our beautiful walls have also shifted.  Although old quarries are spotted nearly every 5-10 miles in the heart of our countryside. In the olden times apart from quarried stones, rubbles and stones cleared from the land to make way for agriculture, made up the miles of fat dry stone walls. These run along the hills and mountainsides. Stones from deconstructed old buildings were also recycled and much evidence of this has been left for us to see today.

A typical example is found in a farm in Birchover where if one is observant enough, the face of an angel and a series of Celtic cross carvings can be found in the dry stone walls because the stones used came from an old Norman church in the village.

Dry stone walls are a constant in our diverse landscape that has stood the test of time, elements and changing seasons. They are steeped in history and tradition and have witnessed a countless change of rule, battles, and turns of centuries.

If only they could talk, what tales they can share! Some of the secrets they hold are only uncovered when they crumble and a lucky (or not so lucky) dry stone waller happen to spot them when rebuilding a wall. Sally Hodgson found a WWII live grenade near Matlock and Emma Yates talked about a carved stone with the likeness of a Green Man hidden in the dry stone walls.

Our dry stone wallers today are a far cry from their counterparts in the past. Nowadays, dry stone wallers travel the world to build structures for art exhibitions like Gordon and Jason Wilton. Father and Son teamwork with sculptor Andy Goldsworthy and Sally Hodgson who walls in Canada.  It is a big misconception to assume that all wallers are born on a farm and the skill was passed down through the generations. Because most of our successful wallers today took up dry stone walling as a change in career or life direction but whichever path they came from. They share a passion for building, working with nature and the elements and love the transformation of stone in their hands. Despite the labour intensive nature of dry stone walling as a profession, dry stone wallers are very grounded people who find working with nature a very “mindful” and contemplative experience.

What is the future of dry stone walling? This is a serious question I raised because if not careful, in 20 years time, this thousand years old country craft would be dying. Seeing the hundreds of miles of broken and crumbling walls that may never be rebuilt. Awareness and education about preservation and conservation of this old tradition need to be carried out maybe in the introduction of apprenticeship schemes for young dry stone wallers similar to that offered by the Duke of Edinburgh scheme wherein dry stone walling counts as one of the skills.

The prison service has also initiated a program teaching prisoners dry stone walling as a new skill.  “Walls for the Future” which is a dry stone walling training provider based at the Eco Center, Wirksworth, Derbyshire formed by three professional master craftsmen and woman dry stone wallers Trevor Wragg, Sally Hodgson and Gordon Wilton also does this to a certain degree. They are striving to impart their knowledge and skills to the next generation at the same time encouraging the young to value the importance of dry stone walls for the benefit of wildlife, livestock, botanical life, environment, and cultural heritage.

It is the fascination of these countryside landmarks as a child when my parents used to take me and my sister caravanning and walking that I started to question the origins of these dry stone walls. What secrets they hold and who built them. With the cooperation of the Dry Stone Walling Association of Great Britain  Derbyshire Branch members and the National Stone Centre and support from the same minded film crew, I was inspired to write and produce a documentary film of the subject.

“If Walls Could Talk” is a 40 minute documentary that is highly visual, letting the story and history of dry stone walls and wallers in Derbyshire unfold using interviews, drone footage and steady camera work that ultimately showcase the beautiful imagery of Derbyshire Peaks and Dales. A copy of the film can be purchased via rolandkeates@yahoo.comat a cost of £5.00.