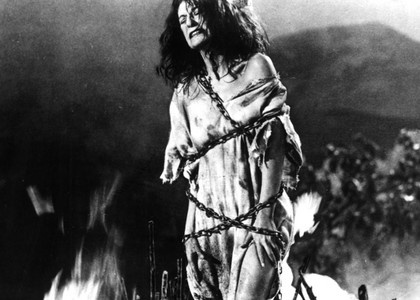 The witches lit up the dark middle age of history. Millions of women were accused of evil magic by priests, and other powerful men were thrown into the fire. Many of those who were burned or dunked were people who held the claimed gods and goddesses that Christianity had suppressed. In contrast, others were only liberated and free-thinking women.

In the above paragraph, many would disagree entirely on this assumption. That witches were just popular myths and half-truths. Court records would testify the witch trials were in fact what happened, what we can only presume is why.

Since the 1970s, there has almost been an explosion of research on the witch persecution. It is being researched all over the world, and it is being investigated in new ways.

It is still the historians who form the essence of research on the witch persecution. But significant contributions from anthropologists, gender scientists, folklorists, psychologists, art historians, literary scholars and just about every other field of study imaginable are continually bringing new thoughts to the square.

The witch persecution began in the 1420s and disappeared just as suddenly during the first decades of the 1700s. For most countries, witch processes were over by the end of the 1600s, while countries like Hungary had the worst trials around 1720-1730.

Perhaps it is not so difficult to understand that historians have been given a much brighter view of the Dark Ages in recent years?

A common myth about the witch persecution is that the numbers killed are in the millions. Amounts as high as nine million have been used, quoted in encyclopedias..

The difference with which numbers serious researchers operate with could hardly be more significant. Witch scientist Brian P. Levack estimates that 45,000 were executed and around double that was prosecuted. So, if you were accused of witchcraft, you were not entirely without a chance.

The numbers are still shrinking. In Poland, it was previously assumed that up to 15,000 were prosecuted. After a thorough review of archives, it is now considered that the total number does not exceed 2,500.

Of course, this is cruel to those who went above and beyond, but not as bad as the colossal genocide many people talk about.

By the way, not everyone was burned, either. In the UK they were hanged.

So, on the one hand, at that time, you had little chance of ever experiencing a witch hunt. On the other hand, not everyone believed witches existed, either. It is tempting to think that the world has come a long way now that we can see Idol at work, but people in the past had a healthy sense of people too.

Treaties written by witch hunters use a considerable amount of space to justify what they do. Recent researchers point out that they probably not only tried to convince others that it was right to do this witch hunt but also themselves.

The geographical spread is also different than the myths want it to be. For example, many believe that the Catholic Church’s heretic hunters, the Inquisition, were the worst to be exposed.

But the fact was that it was the other way around. The Inquisition had strict requirements for evidence and therefore did not stir up to throw anyone at the fire. In Rome, where the Inquisition had its headquarters, the number of executed witches was zero.

On the contrary, the worst persecutions took place where the central power was weak.

Half of all the persecution took place in German-speaking areas, but there were other places where things were not so good for so-called witches. In Scotland, where it was terrible, the worst persecutions were concentrated around Edinburgh. In Norway, it was in Finnmark and in Bergen city.

So what did people think witches were for? The picture is confusing, but there are two main trends.

University-educated theologians saw witchcraft as idolatry or apostasy from Christianity. So enlightenment and science did not stop the belief in witchcraft. On the contrary.

The regular population, in turn, was afraid of the magical powers of the witches.

Recent research points to the commonalities in these two ways of thinking, which meant they could have such terrible results: Namely, the witches worshipped the Devil.

As many as 80% of those executed were women. It is no wonder that many have believed that witch-hunting was a woman-hunt, and a classic in feminist history writing from the 1970s has been that the witch-hunt was a manifestation of male chauvinism. It has been common to speculate on what is going on in the minds of men living in celibacy.

The fact that hair-raising male chauvinism occurred is, of course, actual. Still, upon closer inspection, it turns out that it is not quirky, ecclesiastical men of power who have been the driving forces behind the witch accusations.

On the contrary, it turns out that most witchcraft arose as a result of accusations from ordinary people who believed the neighbours were witches. And there were many women accused. A common motive was that the witch-accused were accused of being bad mothers. Mainly at risk were the housekeepers and servants. Psychologists have wondered if here talk about women of menopause who were envious of younger women.

By the way, not all places were the worst for women. In Iceland and Russia, most of the accused witches were men.

The most unfortunate myth, however, is that the witch-hunt is a laid-back stage in history. For in Africa, the witches are still burning.

The witches burning in Africa will be a totally different article.