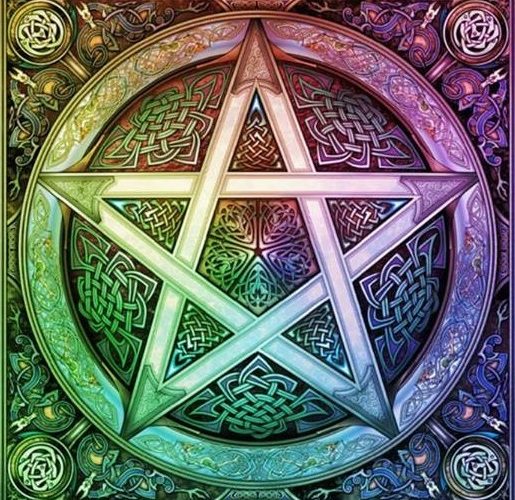 Lost Histories next documentary is about witchcraft, and what makes a witch a witch? As a pagan myself, I always look for the good in any craft. I don’t aim to bring the craft into bad repute. I hope with the documentary I can provoke interest in witchcraft and show the human side of it. Yes, the craft is a closed circle, and many secrets are hidden, But the main aim is to centre why people still follow the age-old craft.

Many outside of the pagan community have a preconceived idea of what the term witch means. With witchcraft in existence, the phenomenon to some is viewed as “maleficent magic.” All over the world, there are notions that there are people who have magical abilities. These magical abilities can contribute to changing situations, change fortunes, and harm others.

This documentary will explore why so many have turned to the craft and is witchcraft more of a practice than a birthright.

How can you be involved in the documentary?

I’m looking for lineage, social media and earth witches to help me answer the question. What makes a witch a witch? I know I will have no right answer to this as many see the craft in different ways, yet all practice the craft.

I’m looking for witches in the UK predominantly, as the documentary film budget won’t extend to flying interviewees in for the documentary. I can pay travel expenses for you to come to Belper Derbyshire or I can come to you to conduct the interviews.

We can hide your face, if you wish and credit you in your witch name or your birth name. We don’t do any unethical edits and you will see the film before its release.

I’ve spoken to witches who can trace their lineage way back. These witches don’t have an ego or are pretentious. I believe these traditions, lines, lineages, evoke a feeling of admiration. Does this then corroborate the theory of the human need to justify and validate our beliefs?

The lineage concept is probably the most misunderstood. Yet, evokes reverence feelings of admiration, almost regal, due to its association with the monarchy and the nobility.

However, in the traditional forms of the craft, although it also indicates a relationship and the transmission of knowledge, the concept of lineage has significant implications.

After reading so much about the power of a coven, one can only determine and assume, the belonging to a magical lineage is the ability to access that collective power. Witches are blood lined by generations of practitioners through the ages, working with the same rituals, calling the same entities, reciting the same words, perpetuating the same traditions. The magical lineage is a transmission of power and its not done with words but through the threads of connection.

Having this lineage doesn’t make you better or worse than other people. But it does make you a unique person.

While talking to an array of witches, there is still a stigma attached to the term, and in some instances, these people who practise the craft wouldn’t even term themselves, witches. Yet, if we search the term witches on Instagram, we get hundreds of young feminist who burn sage, use crystals, throw the tarot and assemble rituals.

These “new witches” party, study and are feminists. On their altars, they mix ancestral symbols with sentimental objects and are willing to reinterpret distant traditions.

They live with their cats, in the middle of the city, and spread their personal experiences with herbs, quartz and tarot from their Instagram accounts and blogs. Surely you have found them already through your networks chanting a rite which diluted through the mediums of the internet.

They are many, and they are everywhere. You could consider Instagram withes the trend hunters or the fashionist calling themselves mysticore or witchy chic.

However, not everyone sees something temporary in them. Although the aestheticisation of magic is evident, some confirmed witches say that there is something much more profound and transformative in this return of the witches.

It gets incredibly complicated when some people in the Western world stand up and call themselves witches.

Many people find it challenging to distinguish Wicca and witchcraft. Most people think they are just the same. But in reality, they are different. To outline the two, I could categorise them so that we get a better understanding and perspective on their divide Wicca/Wica as a religion just like Judaism, Christianity, Buddhism or Islam. At the same time, witchcraft, on the other hand, is a practice.

I won’t go too far into Wicca/wica as this is another documentary in the future.

The general public doesn’t even acknowledge witches exist, you could walk past a witch and would not even know they are. To some, they are the healers the “white” witches, the general sense of ​​witchcraft has to do with evil. Is it possible to find any common witch concept that goes beyond this?

What are my aims in the documentary?

In the documentary, I hope to provoke interest in witchcraft and show the human side of it. Yes, the craft is a closed circle, and many secrets are hidden, But the main aim is to centre why people still follow the age-old craft.

If you are interested please email me rolandkeates (no space) @ (no space) yahoo.com