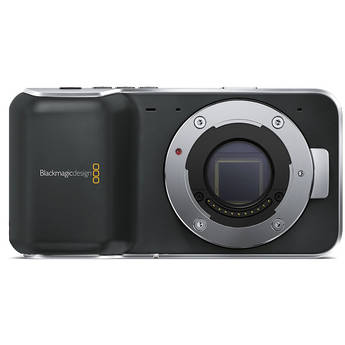 What I have learned and to make clear that the most important thing is not the camera we use, but the story we tell.

After deciding to purchase a new video camera, I’ve looked at the market, and wow, there is a vast range from the cheap to the most expensive. I’ve tested the camera and read the reviews, and now it’s time to write about what I’ve learned.

My next documentary has many walking shots, so a camera would need to be light enough to fit on a rig and shoot in 4k, and I can purchase on a budget. I am not in favor of investing in a large amount of the budget in the camera, and then be without money for production expenses.

I have worked in productions where they have had the latest budget camera equipment, and that does seem logical to me. After all, we work with people, and we owe it to our team . My opinion is that you have to find a balance and not bet everything on the camera.

What if I have a budget to spare?

If you have a budget, do not pay attention to this article. Go for an ARRI Alexa or a RED, and work with a director of photography. What’s more, if you have money to buy an island, roll on celluloid like Tarantino and Christopher Nolan, and stop reading.

I’m going to review the main types of cameras with which we can make low-budget films, going from the cheapest to the most expensive, but I’m not going to write about making a low budget documentary with a smartphone. Obviously, a smartphone has its limitations, as it can not use different optics and cannot make creative and controlled use of depth of field. However, it does save a lot of money both on the material and on the human resources necessary for the film.

Make movies with a camera.

In 2008, Canon revolutionized the audiovisual sector with the Canon 5D MarkII. This camera was one of the first to support video recording in Full HD (1080p). It was not the first camera to offer it, but it was the first to be popularized and used by many professionals.

The advantages it offered were clear. A range of possibilities provided for videographers and filmmakers to be able to use hundreds of film and photography optics and in addition, a full-frame sensor of 35mm that had a high luminosity and a reduced depth of field.

Since then, every year new models of Canon, Nikon, Panasonic, Sony, that add new functions and improvements, and increasingly larger resolutions.

Within this type of cameras, there are models for all kinds of budgets. You can acquire the camera body with a new basic optics from approximately £500.00.

Another great advance was the arrival of the mirrorless or evil cameras, which, since they do not have a mirror, can have a built-in digital viewer. In addition, new revolutions appear every year, such as the Sony A7s, which left us all open-mouthed by the ISO sensitivity it is capable of offering.

Besides, it does not record in 4K via HDMI to an external recorder. Subsequently, they released the Sony A7SII, which recorded directly in 4K.

There are also other Sony models that already record directly in 4K with a price that ranges from £1500-£2000 like the Sony a6500.

Obviously, they also have their drawbacks. Most generate rolling shutter or gelatin effect when making fast camera movements. In addition, you may need many accessories depending on what you want to shoot. For example, an external monitor.

This mirrorless camera is one of the sensations in 2018. Especially, because it has many features designed for video. Above all, because you can record with very high data rates that will allow you to do more retouching in postproduction.

This camera is more designed for cinema, but no good for off-tripod as it has no internal stabilizer.

Its main advantage is that it is very bright and that they have increased the slow motion to 240 fps. Besides, it allows recording in different aspect ratios, and in 4K Cinema (17: 9). Also, it includes the V-Log profile to be able to make a more professional colour correction. With the GH5 you have to buy it separately for about £100 or more.

As it could not be otherwise, there are also cameras on the market designed to make low-budget films. Most of these cameras have a price that is between £3000 and £6000. However, they cost more for a reason: they store video with much higher data rates, and that’s why they allow you greater control of the image in post-production.

Although they may seem expensive, they are not so expensive if we talk about renting them. Around £100 per rental day. If you are going to make a short film, it is the most recommended. Primarily because with good film optics they give very professional results.

Blackmagic was another great revolution about four years ago, about 2013. The appearance of the Blackmagic Cinema Camera allowed shooting in 2.5k and RAW format, with a broad wide dynamic range. Then they released a 4K version.

The disappointing thing about this camera and all those that record in 4K and with low compression (RAW or similar) is that the workflow is complicated. You need more storage space, and a powerful computer to be able to handle those files. Although they also allow recording in high-quality formats, but with some compression. So it will be necessary to decide according to the needs of the project.

After the Blackmagic Cinema Camera, they launched the Blackmagic Pocket, which is the size of a smartphone but also records in RAW. Its price is around £1000, and it is an excellent camera. That’s right: your sensor is smaller specifically, 4/3. That means you need to use more angular, or directly optical 4/3 optics.

Blackmagic has announced the release of the Blackmagic Pocket Cinema 4K for October 2018.

It was the evolution of the 2.5K. With a very similar body, it not only extended the resolution but also brought some improvements such as avoiding the rolling shutter.

The Canon C100 can be purchased for about £2000. These cameras have integrated professional audio and many features of the video, such as focus peaking. They are ideal especially for the documentary.

The advantages are they have a sexy look, with very natural skin tones and its main advantage is that they do not need as many accessories as reflex cameras, of course. In the camera, you already have built-in neutral density filters, professional audio inputs.

This camera has recently released, to compete with the Canon C200, C300, and the Sony FS5 and FS7.

It has a super 35mm sensor of 5.7K and is designed for documentary and feature films of low budget. It has 14 steps of dynamic range, EF mount for Canon optics, and record in 4K 10 bits, and RAW.

It is also expected that the firmware will be updated to have even more resolution and more dynamic range.

I hope that this extensive summary with examples has helped you. I remind you again, do not get obsessed with the camera. Making low-budget films is not at odds with making a good movie.

The most important thing is the story, and how the accounts. A camera is just a tool. What you should worry about is getting the audience excited.

As Charles Chaplin said: “the authentic creator disdains the technique understood as an end, and not as a means. “