Have you ever thought about how villages and towns got their names? For me, it fascinates me to a degree to propose to make a documentary film about how these names came about. Names are fascinating the place and field names which abound have much to tell us about our ancient landscape and hence have become a widely used – and abused.

The study of place-names is a highly specialised linguistic discipline which demands not only detailed knowledge of the grammar and vocabulary of the Anglo-Saxon, Norse and, Celtic languages, but also an understanding of the ways in which sound ranges occur and meanings evolve.

A root word such as wic can become palatalized as in Sandwich, Fordwich or be voiced as in Butterwick. It is essential, therefore, that local historians without this specialist training base their use of names on the published works of place-name specialists and, additionally, observe certain guidelines when applying interpretative explanations in particular cases.

Of these, the following are perhaps the most important: only the earliest recorded forms should be used; later names are likely to have been influenced by Norman-French and Middle English and forms which appear after, 1400 must be used with caution.

Thus the two Miltons in Chapel-en-le-Frith and Repton parishes may appear to be the same, but whereas the former is first recorded as la Mulneton – the mill farm, the latter is recorded in Domesday as Middeltune – Middle farm; the endings of Averham, Kelham and Muskham, three neighbouring villages in Nottinghamshire, appear to be  identical but are, are in fact, derived from three totally different elements.

Secondly, the whole place-name must be considered. The -by (Old Danish bu) ending in Bretby, for example, implies a Scandinavian Presence there, but the first element brcttas, bretar indicates a group of British people.

Some name-forming elements such as –ton (tun) were used well into the later medieval period and are therefore of doubtful use for dating whilst others such as Jwn, -bu, -porp were in vogue for much shorter lengths of time.

The Postition of the element

The fourth point of great importance relates to the position of an element in a name; thus the meaning of wic in the combination of wic + ham cannot be equated with its meaning when combined with a personal name or a descriptive qualifier as in Hardwick or Colwick. 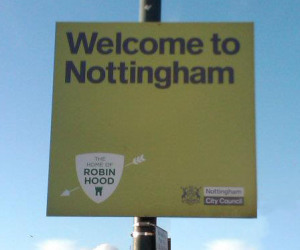 The element -ing in Nottingham, Birmingham is an ingas element indicating a kinship group but in Willington, it is derived from wiligrt – ‘willow’ with the habitative tun, while in Tissington it is formed by an OE connective particle and the name means ‘Tidsige’s farm’.12

Finally, attention must be given to local aspects of topography and pronunciation which may give clues to the original meaning of the name.

Two elements give rise to names in Eaton OE ea -‘rive{ and OE eg -‘island in marshy ground’. As examples of the former Ekrvall gives Eatorr Socon(Beds), Water Eaton (Bucks) where the Domesday forms are Etone. The common opinion is it forms Detton for Little Eaton also gives a derivation from ea. 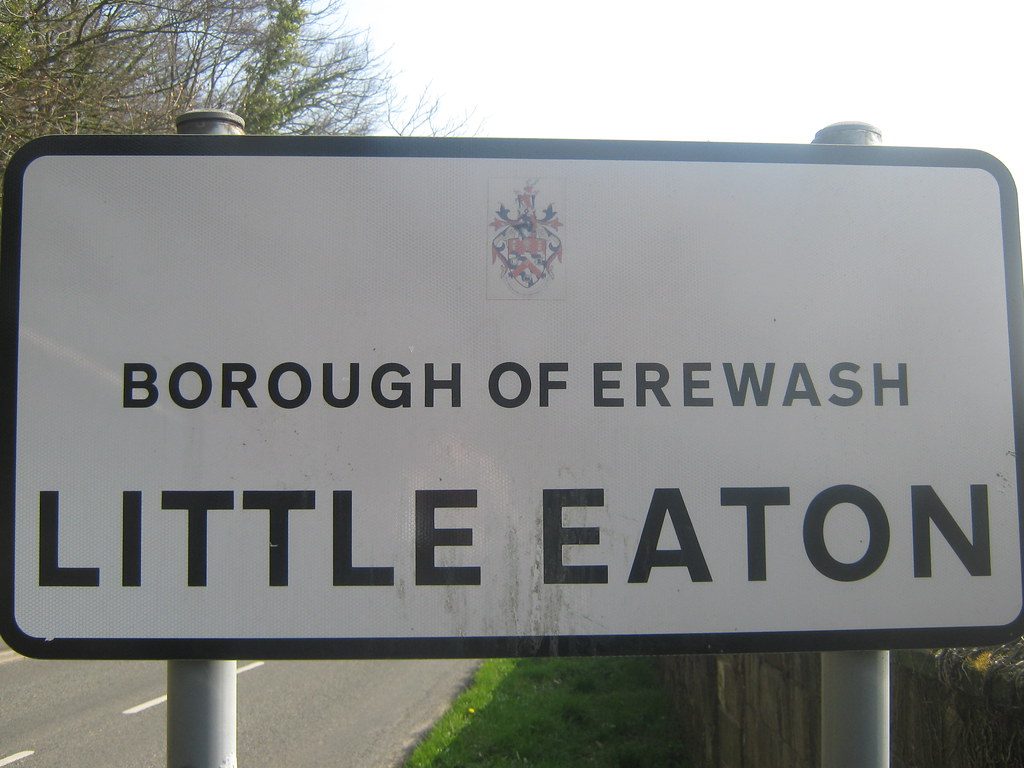 The settlement is low-lying beside the Bottle Brook and topographically either element would be applicable. However, as can be seen from its use for Eyam and Edale, qg did not necessarily denote a low-lying site; here a knowledge of the local topography and the earliest forms combined with local pronunciation can sometimes elucidate the meaning.

It is sometimes said of Domesday records that it records every estate, every village. While it is clear that much fuller detail was recorded the summary documents which have come to be known as Domesday Book have obviously conflated much detail.

Since the purpose of the Survey was to provide King William with an accurate picture of his revenues, ie it was a taxation document, many units, whether villages or hamlets, were subsumed under the chief manor through which their dues were paid.

Thus in Leicestershire, although Tonge is included Breedon is not! but we know from early charters granting Breedon to Medeshamstede Abbey (Peterborough) in 675 or 691 and a grant of King Edgar to the church at Breedon in 972 that it existed.l6

The problem for the settlement historian is obvious – Domesday does not tell the whole story and one must not presume that non-mention there means non-existence.

In a rapidly changing world many people, individually or collectively, have set out to rediscover either their own roots, through the study of family history, or those from which this changing society has evolved. Numbers of Local History Groups, Civic Societies, industrial Archaeology or Preservation Groups have sprung up in which much valuable work is being done to discover, record and analyse individual communities before the evidence is swept away.

The search for documentation to support folk-memories or topographical surveys has been made easier by the establishing of County Record Offices in the 1960s, by technical advances such as micro-filing and photocopying, by the publication of handbooks and guides such as those published by the Family History Society or Shire Publications and by discussions on sources and legitimate ways of using them in journals as The Local Historian or the internet.

Nevertheless, the wealth of material now available can itself present problems which, in spite of the dissemination of academic research and expertise through the medium of Adult Education classes, or day schools and conferences.