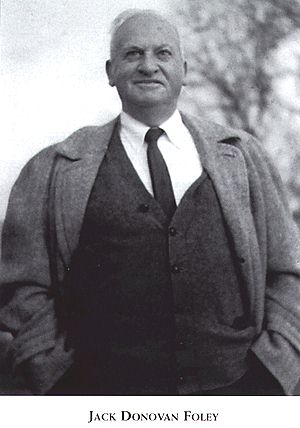 Back in 1895 the Lumière brothers, presented one of the most revolutionary inventions of recent times, the cinematographic projector. The cinema was advancing little by little, with new techniques that we all know today.

An effect that often goes unnoticed before our ears, but which is, after all, one of the most essential for a film to be as real and close as possible. Jack Foley – the man from whom the effect is named – was a well-known New Yorker who developed multiple and different sound techniques for the film from the year 1927 onwards, which later led to the creation of a long legacy of gimmicks by all the world.

The room effect, better known today as the Foley effect, consists of recreating sounds of all kinds for audiovisual production. Sounds that vary from everyday things to sound effects invented to give more meaning to something in particular.

The technique is instrumental and almost necessary for filmmakers since the recording of the scenes prevails over the rest the need to collect the voices of the actors perfectly. This can lead to the loss of more subtle or secondary sounds, and even so small that the microphones cannot record in the first instance.

The people who carry out this work need, to make ordinary sounds such as the movement of some kitchen utensils, the gallop of a horse, the drawing of a sword, the steps of a character, the punch of a boxer, are called Folly artist and believe me it takes an art to recreate all these sounds.

Yet when you hear the trotting of the horse, this can be achieved by hitting a few coconuts cut in half against a wooden board, and this can be heard and seen in the slapstick 1975 British movie Monty Python and the Holy Grail

As for other well-known film is George Lucas 1977 classic Star Wars, which had more than 800 sound effects and the most famous effect is the lightsabers, which was made when using an uninsulated audio cable on a tube television.

So when you watch the end credits of a movie, and you see the credit for Folly Mixure, you will know what one is then.

Video
Blog, If Walls Could Talk