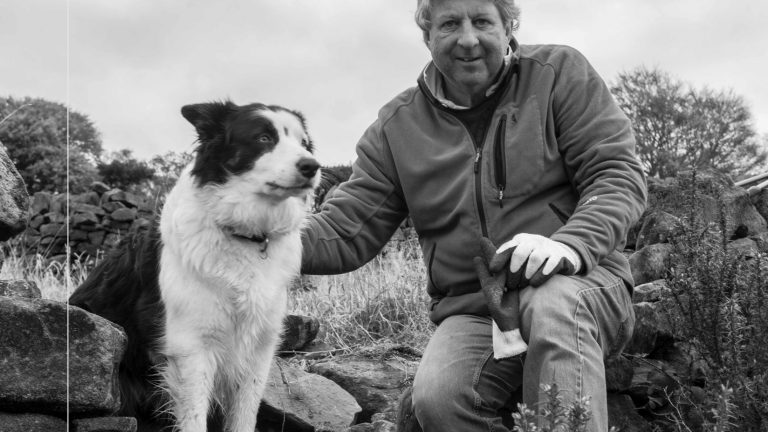 Dry stone walling isn’t a boring subject like many would think, it’s an art form and Derbyshire is the canvas. Visitors from all over the world come to Derbyshire and I would like to think they would go away with memories of the beautiful imagery of the county and its distinct drystone walls prominent in the landscape.

The documentary running time is 40 minutes and feature interviews with actual Derbyshire dry stone wallers who talk about the real power of working with stone, the holistic value of working with the outdoor elements as well as the sense of pride knowing a wall could quite possibly stand for two hundred years or more. Featuring members from The National Stone Centre and Derbyshire branch of National Drystone Walling Association of Great Britain, who have a wealth of experience in this ancient craft.

The documentary was shot using a Blackmagic cinema camera and drone aerial photography over six weekends in 2017 with a small crew of six friends who studied or trained and enjoy filmmaking. With the initial research starting in 2015 by producer and director Roland Keates, the story started to unfold to a fascinating insight of a subject which people walk past and take for granted.

Funding for the documentary came from one source, Roland Keates. After asking the local council and other government and private companies for help with no success,  Roland worked more hours, so he could fund and take full control of the project. “Making heritage films, you don’t expect to get your money back, but I am happy to make them for posterity.” Roland Keates

This documentary was initially made so everyone could appreciate the beauty and history of dry stone walling which Roland Keates has come to appreciate and enjoy. “I didn’t want the documentary just to be made, I wanted it to be watched and the viewer to come away knowing this is a dying craft, which should be respected and not pushed over.”