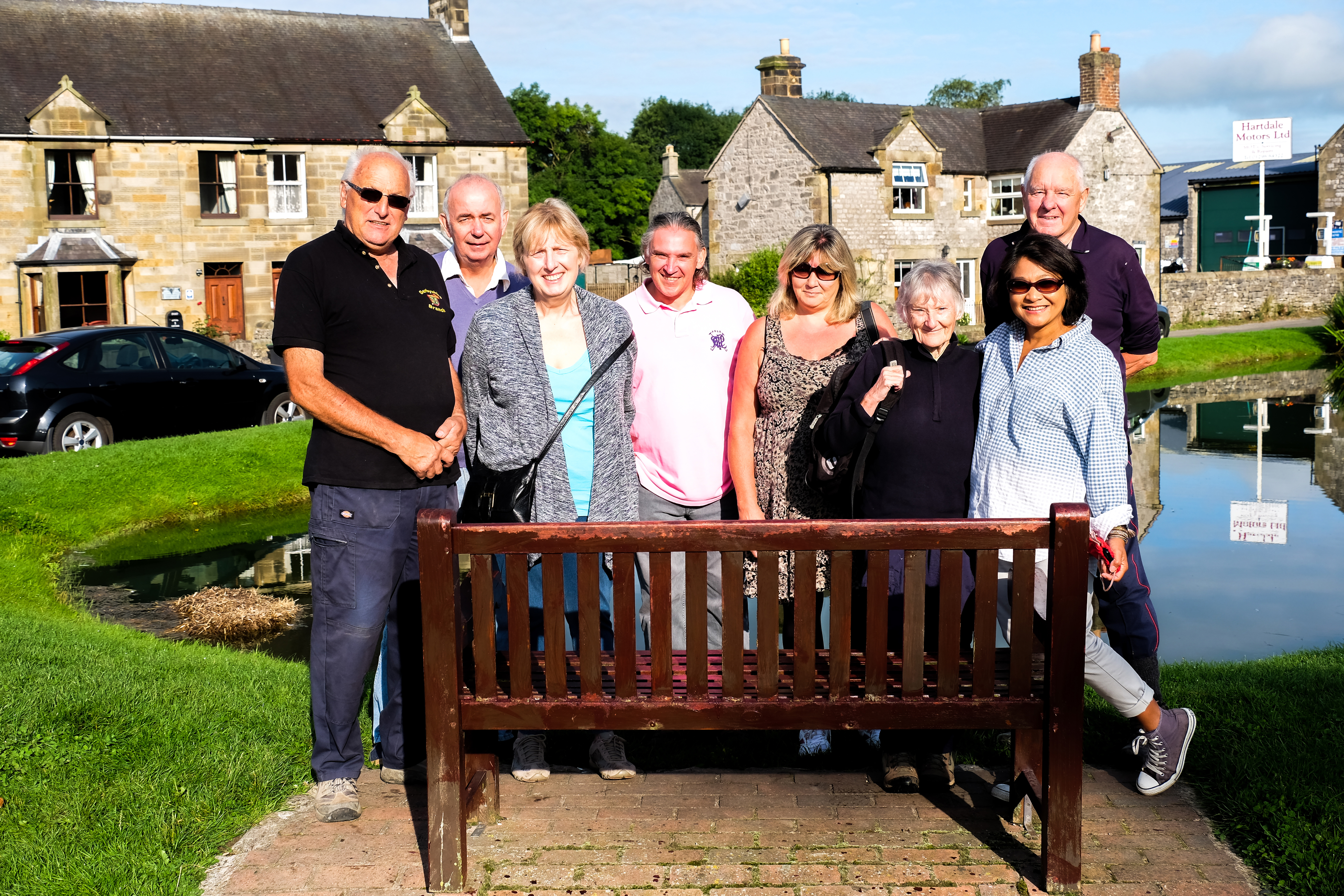 Lost Histories has two key members in its crew, Roland Keates and Andrew Rokita. Roland role is the researcher, director, and producer, Andrew is the cinematographer and film editor. Both Roland and Andrew make vital decisions on the storyline the direction and the feel of the film.

Who are the other members of the team who make up Lost Histories?

The crew can vary from time to time depending on the time of year and the production, so here is a brief look at the present team.

Roly is the owner of Lost Histories, and his role is a producer, director, and scriptwriter. Roly didn’t go down the usual route of filmmaking by going to film school; he decided to study photography instead, and with his university background he found he enjoyed the research element, so by making documentaries he found his calling in life.

To find out more about Roly visit his bio Here

Andrew Rokita BA (Hons) Film & Television Production FBIPP or better known as Andy is our Cinematographer and Editor for Lost Histories. He is a Pro-active and passionate filmmaker who loves the medium both in his professional capacity, but also for Theodore Films where the remit and approach are entirely different yet still handled with the same degree of professionalism.

To find out more about Andy visit his bio Here

Maina is Lost Histories presenter or the “face” of the documentaries. Maina present guests and artists, and interviews the persons who contained in the film its self. Maina studied journalism and has a Bachelor of Arts in Journalism from the University of the Philippines.

Danuta Flint is our Script Supervisor or continuity officer for Lost Histories. Although Danuta has no film background, what she does have are a very particular set of skills. Skills she has acquired over a very long career, skills that make a nightmare for directors and actors. What that skill is an extremely homed an eye for detail.

Ok, I’ve stolen partially the quote from Liam Neeson character in Taken and why not it is one heck of a speech.

Danuta has a knack of seeing everything, she reads the scripts, and memorises every single grammar mistake and reminds me of it until I change the script and quietly smiles about it, but I would not change that for the world.

Since the documentaries or short films are not shot sequentially following the continuity is so important, Danuta is a great note taker and planner, we might write a filming order, but generally, we shoot in order.

As well as making sure the actors follow the script, Danuta makes sure the continuity of the scenes match or the direction of the characters, gestures, and looks.

Danuta, learned this role while working on the set of Andy Rokita films and has always taken her role very seriously.

Derek is our sound man, and he learned this role by doing and has been the boom operator on more than ten short films. In Derek work, as boom operator he prepares the equipment, making sure of its operation and placing the microphones (pickups microphone or handling of the pole.)

Derek has been called the shadow numerous times as he is highly skilled in making sure the boom is not in the field of the camera, and he always finds the optimal place for sound quality while not being visible in the film.

Monika is another member of our crew who learned by doing and by watching youtube videos. Working in social media networks has given Monika insight into the language of beauty. Monika as a stylish and makeup artist makes up men and women in a style of your choice or theme ready for your Instagram or Facebook profile.

Monika has ‘immersed’ herself in the Net and brought these techniques to our productions. These techniques give her a significant boost to the world of beauty and becoming a source of inspiration for others.

Tomasz, is our runner on the productions and it’s his job to be the odd job man, he can double up as best boy, boom man, lighting, and whatever needs to be done on set.

Sian Rokita- Evans works in the back of the scenes. A lady who is the go-to person for a cup of tea, something to eat, yet she is much more than that, she is the Jelly who keeps us all wobbling.

Garrison grew up on a small family dairy farm in mid-west Michigan, USA. At a young age, he taught himself how to play the harmonica. A couple years later, the Mandolin and Fiddle. Garrison hung out at places where the old-timers would play for tips and soon jumped in to join them. He wanted to learn all the old-time folk tunes they were willing to share. It took him to many places with many great experiences.

Now, after 50 years of playing dances and festivals, he archives tunes he plays and tries to find obscure ones to keep alive. Garrison has always been interested in the migration and transformation of Celtic music to old-time American roots music. This interest guided me to the decision to follow my family tree back. Way back, as far as I could go.

Garrison has roots going back to his Welsh ancestors which explain his mysterious inner attraction to the ancient Celts and Druids. I have become very fascinated with the lives and experiences my ancient ancestors endured so that I could be here.

Garrison has contributed to the score of two of Lost Histories documentaries and through this process, he discovers a lot about himself and the tunes he plays.

I seem to be a throwback from ancient Celtic days. I see the world and universe the same way. I believe it is in my DNA passed down through the clan and migrating far away.

Laila is our newest member of our team and an invaluable member. Laila is the go-to lady to find the finance of the documentaries from worldwide sponsors and financiers.

Laila’s role as Executive Producer has more to do with the business side of things. Finding individuals and/or companies to finance the heritage documentary films, which is a small market within itself and not a profitable concern is that much more difficult. Laila brings forward her knack of marketing to potential clients that filming heritage is closely linked to tourism. What revenue you don’t see from the documentary you will see in the resulting development of tourism.

Laila’s business background is varied, she has worked with and for many dignitaries around the world whose reputation is second to none and spends her time working between, Pakistan, Dubai, and Spain.

“This project has been completed only because of the hard work of one person, Laila Khan. When she encountered a cliff, she built a bridge, and when a mountain, she tunnelled through it. The crises were such that I would have given up. We thank Laila for her diligent dedication.”

Even though our production company is small, young and dynamic, we are aiming high, to shoot documentaries on heritage worldwide. Having Laila’s expertise and knowledge on board and our vision to never lose sight of our goals of making heritage projects, are chess pieces in action.
Once the finance has been found Laila plays another vital role as Script Editor. Laila will read, digest and evaluate screenplays and give a different perspective, from a business side and see a potential of product placement campaigns. Laila helps to realise the potential of our screenplay or script.
To find out more about Laila Khan visit her website Here