I don’t know if you have watched the new television series Britannia directed by Jez Butterworth. It has gained applause as heralding a new generation of Folk-horror. But how did the Protestant antiquarians perceive Druids?

Instead, director Jez Butterworth gives us a visual re-imagination of Britain on the eve of the Roman conquest. Despite its violence and chaos, it is a ritually bound society under the leadership of Druid (played by Mackenzie Crook). But where does this idea of re-conquest of the ancient religion come from?

Contemporary sources of the period are very thin on the ground and mainly written by the Roman conquerors of Great Britain. No classical text provides a systematic account of druidic ritual or belief. Little has been written extensively for hundreds of years until William Camden, John Aubrey and John Toland took up the subject in the 1500 and 1600. It took the antiquarians, including writing in 1740, as well as William Borlase in 1754 and Richard Polwhele in 1797, to fully develop their thinking.

The popular Victorian ideas of the British pre-Roman era are derived from their elaborate Druidic theories. The bearded druid, bearer of arcane knowledge, stone circles, the ceremonial use of dew, mistletoe. Oak leaves in groves dark and woody: human sacrifice and the bacchanal that followed. All of this romanticised in the way the Victorians did. 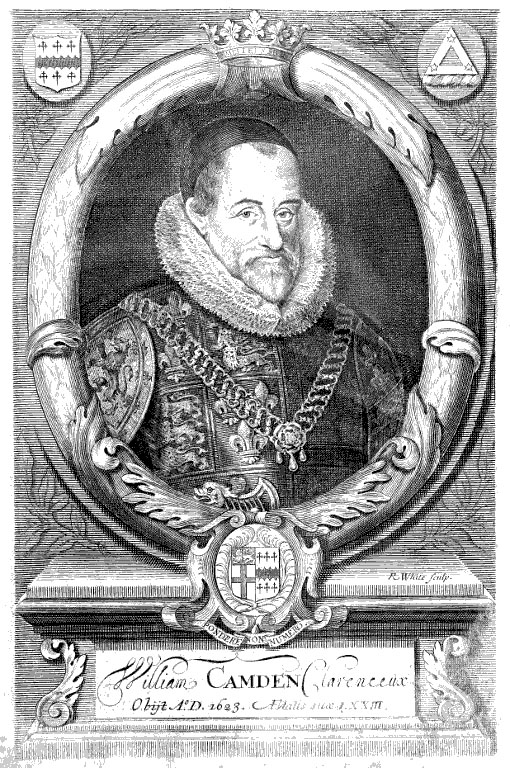 “Drùdion signifies Druids, is, for what I can learn, only presumed from its affinity with the Latin Druidæ; and because we know not any other signification of it. In the British Lexicon, we find no other word than Derwŷdhon (Used by Lhywarch Brydydh y Moch, who writ An. 1240, and Kyndhèlw Brydydh mawr 1250.)

Pliny’s conjecture (who was better acquainted with that language, than the Celtic or British) that Druids were originally a Greek name. The singular of Derwydhon is Derwydh, which the Romans could not write more truly than Deruida, where of Druida seems only an easier variation. The word Drudion might likewise vary only in dialect from Derwydhon, and so the name of this place (Denbighshire) rightly interpreted by our Countrymen and others”

Taken from William Camdon book “Britannia or a Chorographical Description of Great Britain and Ireland, Together with the Adjacent Islands. Written in Latin by William Camden.

Archeologists from the Victorian era must have debated at great lengths the Druids. Romanticising the beliefs and asking fundamental questions about this religious order.

I wonder if the archeologists asked whether the ancient British were monotheists, practicing a “natural” religion waiting for the Christian “revelation,” or polytheistic idolaters who worshiped many false gods.

The answer to this question determined how archeologists understood the monumental stone structures left by this past culture. Stonehenge, Avebury or the antiquities of Derbyshire and Scotland were not only relics of idolatry and irreligion, but also a proof of the supposed influence of the Celts on the country?

Conversely, if the stone circles and other relics were proof of the struggle of an ancient people to make sense of the one true God before Roman Catholicism corrupted their beliefs (remember that these antiquaries were all Protestant thinkers).

William Stukeley believed that the first British settlers were sailors from the eastern Mediterranean – the so-called Phoenicians – and that they brought the Abrahamic religion with them. In Stonehenge (1740) and Avebury (1743) studies, he argued that the ancient people descended from these early settlers lost sight of these beliefs but kept a fundamental understanding of the “fundamental unity of the Divine Being.”

This has been represented in stone circles, so expressive of the nature of divinity without beginning or end.

By this reading, the Druidic worship of the celestial bodies, the Earth and the four elements was not polytheism but the worship of the most extraordinary manifestations of this unique divinity. Moreover, this worship was conducted in vernacular language and rested on the development of a caste of education intended to enlighten the people; it meant that the Druidic religion was the precursor of Protestantism.

William Borlase, examining the antiquities of Cornwall, rejected much of this. He made fun of Stukeley’s Phoenician theories, claiming that it was illogical that the first Britons were overseas traders, and he maintained that druidism was a British invention that crossed the canal to Gaul. Borlase believed that French patriotic antiquarians, convinced that the Gauls and Druids had resisted Roman tyranny, were reluctant to admit that “their ancestors [were] so indebted to this island.”

But was Druidism something to be proud of?

Based on classical, biblical and contemporary sources, Borlase developed an elaborate narrative of the druids as an idolatrous priesthood that manipulated the ignorance of their followers by creating a sinister air of mystery.

According to Borlase, the druidic ritual was bloody, decadent, immoral, with lots of sex and alcohol, and only irresistible in natural atmospheric environments. Druidic power rested on fear and Borlase implied that Catholic priests, with their use of incense, their commitment to the Latin mass and their superstitious belief in transubstantiation, used the same techniques as druids to maintain power over their disciples.

On the old ground

Poems such as William Mason’s Caractacus (1759) helped popularise the idea that the Druids led British resistance to the invading Romans – but by the sophisticated metropolitan observers of 1790 treated this substance with contempt. Despite this, Druidic theories retained much influence, especially in South West England. In Polwhele’s stories of Devonshire (1797), he wrote of Dartmoor as “one of the principal temples of the Druids.” As evident in the iconic sites of Dartmoor such as Grimspound, Bowerman’s Nose and Crockern Tor.

AULUS DIDIUS, with Romans.
THIS is the secret centre of the isle:
Here, Romans, pause, and let the eye of wonder
Gaze on the solemn scene; behold yon oak,
How stern he frowns, and with his broad brown arms
Chills the pale plain beneath him: mark yon altar,
The dark stream brawling round it’s rugged base,
These cliffs, these yawning caverns, this wide circus,
Skirted with unhewn stone: they awe my soul,
As if the very Genius of the place
Himself appear’d, and with terrific tread
Stalk’d thro’ his drear domain. And yet, my friends,
(If shapes like his be but the fancy’s coinage)
Surely there is a hidden power, that reigns
‘Mid the lone majesty of untam’d nature,
Controuling sober reason; tell me else,
Why do these haunts of barb’rous superstition
O’ercome me thus? I scorn them, yet they awe me.
Call forth the British Princes: in this gloom
I mean to school them to our enterprize.
Enter Vellinus and Elidurus.
Written by William Mason’s Caractacus (1759)

The most important was the “many Druidic remains” centered on the village of Drewsteignton. These are believed to be derived from “Druids, upon the Teign.” The cromlech, known as Rock Singles, at the nearby Shilstone Farm, has sparked much speculation. The effect of the “fantastic landscape” of the steep Teign Valley.

Polwhele’s influence was felt in Samuel Rowe’s A Perambulation of Dartmoor (1848), the first substantial topographic description of the moor. Many Victorians first met Dartmoor through Rowe’s writings, but the discussion of these texts in my story of the modern Dartmoor shows that a new generation of preservationists and amateur archaeologists has not taken the theories seriously.

For the Victorian members of the Devonshire Association and the Dartmoor Preservation Association, skepticism was a sign of sophistication. If an earlier generation had detected druidic traces in virtually all human and natural features of Dartmoor, these men and women were more likely to see evidence of agriculture and domesticity. Grimspound, once a Druidic temple, was now considered a mound.

Despite Protestant hopes during the Reformation that the superstitious beliefs associated with landscape features would be outlawed. This idea that the landscape conceals spiritual mysteries that we know but can not explain, or that the stone circles of antiquity stimulate these feelings, remains fairly common. Indeed, Protestantism accommodated these feelings, and the Romantics saw the beauties of the British landscape as the ultimate expression of God’s work.

Britannia recalls Robin de Sherwood (1984-6), with his mystical presentation of the English Forest.  Of course, adding a hint of comedy, this delicate exploration of middle-aged male friendship against the rustle of rural mysticism. A sense of spiritual presence can also bend the British landscape of Nature’s New Writing.

But Butterworth works according to an older tradition. Rather like his antiquarian predecessors, he created a largely imagined universe from a few scattered classics and a myriad of accumulated myths and legends. If Britannia will re-enchant the British landscape for a new generation of viewers is impossible to say, but my hunch is that these lonely stones on the moors, such as the Gray Wethers or Scorhill on Dartmoor, will attract a new cohort of visitors.

This article was partially published on The Conversation.

Why become a Druid

An Interview with Quill the Druid